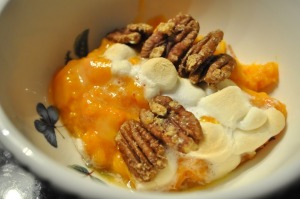 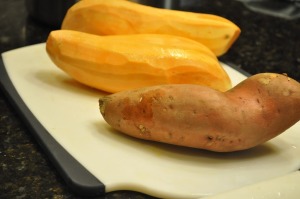 Tomorrow, we’re having a potluck at work.  Instead of being allowed to make anything I wanted – which would have been a dessert ~ I was TOLD to bring Sweet Potatoes.  Since I’ve never hosted Thanksgiving Dinner, and since my mom makes the best Sweet Potatoes, I’ve never made a Sweet Potato Casserole before.  Yes, really. 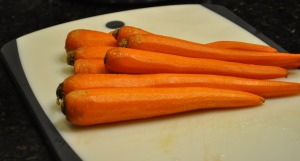 Anyway, I found this recipe in Southern Living Magazine, so decided to try it.  The thing is, some recipes take long enough without being unnecessarily complicated, so I combined a few steps.  As my fellow blogger, Chris at The Cafe Sucre Farine  would say, “… I work, have a family and a life outside the kitchen…”.  Instead of baking the Sweet Potatoes and boiling the Carrots, I peeled, chopped, and boiled them all together.  And instead of running them in batches through a food processor, I just used a potato masher.  We really need to start a blogging campaign to simplify recipes! 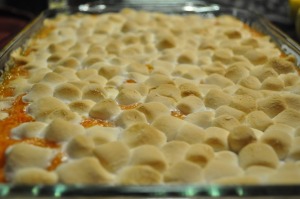 Of course, I made a small batch so I could actually taste it before I served it to other people.  It’s really good.  I thought it would be really sweet, but it really was just right.  The addition of Carrots is nice.  They add to the texture and flavor – not to mention the color! 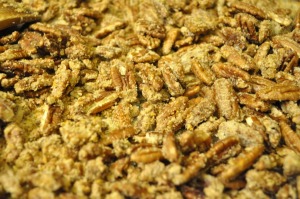 I’m not the biggest fan of Marshmallows, but they’re okay as a topping on this casserole.  But, my favorite part is the Sugar and Spice Pecans!  I did add a little bit of salt to the spice mixture.  I’m happy the recipe makes more than I needed for the Casserole, because I couldn’t stop eating them!  They’ll be great for salads, on fruit, and in ice cream!
Enjoy!
These recipes are provided for your personal use. If you publish them, or re-post them, please give me credit. Grazie e Buon Appetito!