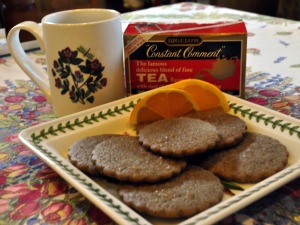 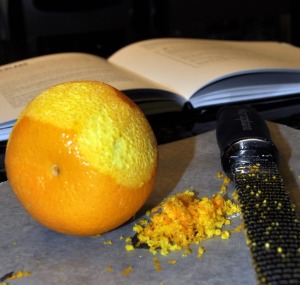 This week, we decided to join forces with a parallel group, called Club Baked who is also baking their way through Baked Explorations by Renato Poliafito and Matt Lewis.  Our schedules coincided so we all thought it would be fun and interesting to join up.  These cookies are Scandinavian in origin and go by several different names.  Last year, we made Speculoos French Fridays with Dorie from Around my French Table.

Despite the fact that I grew up in Italy, I’ve never acquired a taste for coffee.  Instead, I love tea.  Real tea made from tea leaves, not some of the tisanes and supposed “fruit teas” that taste like Hawaiin Punch, but real tea.  Tea comes in many flavors, and although my standard favorite is the traditional British preparation with sugar and cream, I love to try all kinds of teas.  When we were growing up, our mom always made Constant Comment for us.  It’s a lovely spice and orange scented tea,  They say that the sense of smell triggers powerful memories, and this was certainly true for me this week.  I left out the ginger in favor of cardamom which was mentioned in the text of the recipe, but not in the ingredient list.  Ginger is not a favorite spice of mine for sweets.  As soon as I started blending in the orange peel, I was reminded of having a cup of Constant Comment tea with my mom. 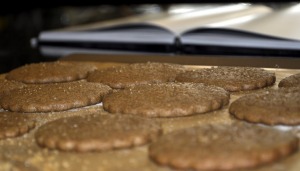 I had never had Speculaas, Speculoos, or any other homemade variation, until last year – and I’ve been thinking of them ever since.  For Dorie’s version, I made sandwich cookies with Nutella.  But, with the addition of orange, I thought these cookies were great on their own.